The Municipality of Jalajala is a 4th class municipality in the province of Rizal. It is a peninsula located 75 kilometers southeast of Metro Manila.  It is one of the lakeshore towns along Laguna de Bay.  It lies on the eastern part of the Province of Rizal and has a land area of 4,930.00 hectares, representing 3.77% of the total land area of the province.  Jalajala’s political boundary on the north is Pililla, Rizal (Mount Sembrano forms the boundary of Jalajala and Pililla) and the Panguil River, wherein it shares this boundary with the town of Pakil, Laguna.  On its southern, eastern, and western boundaries lies the Laguna de Bay. 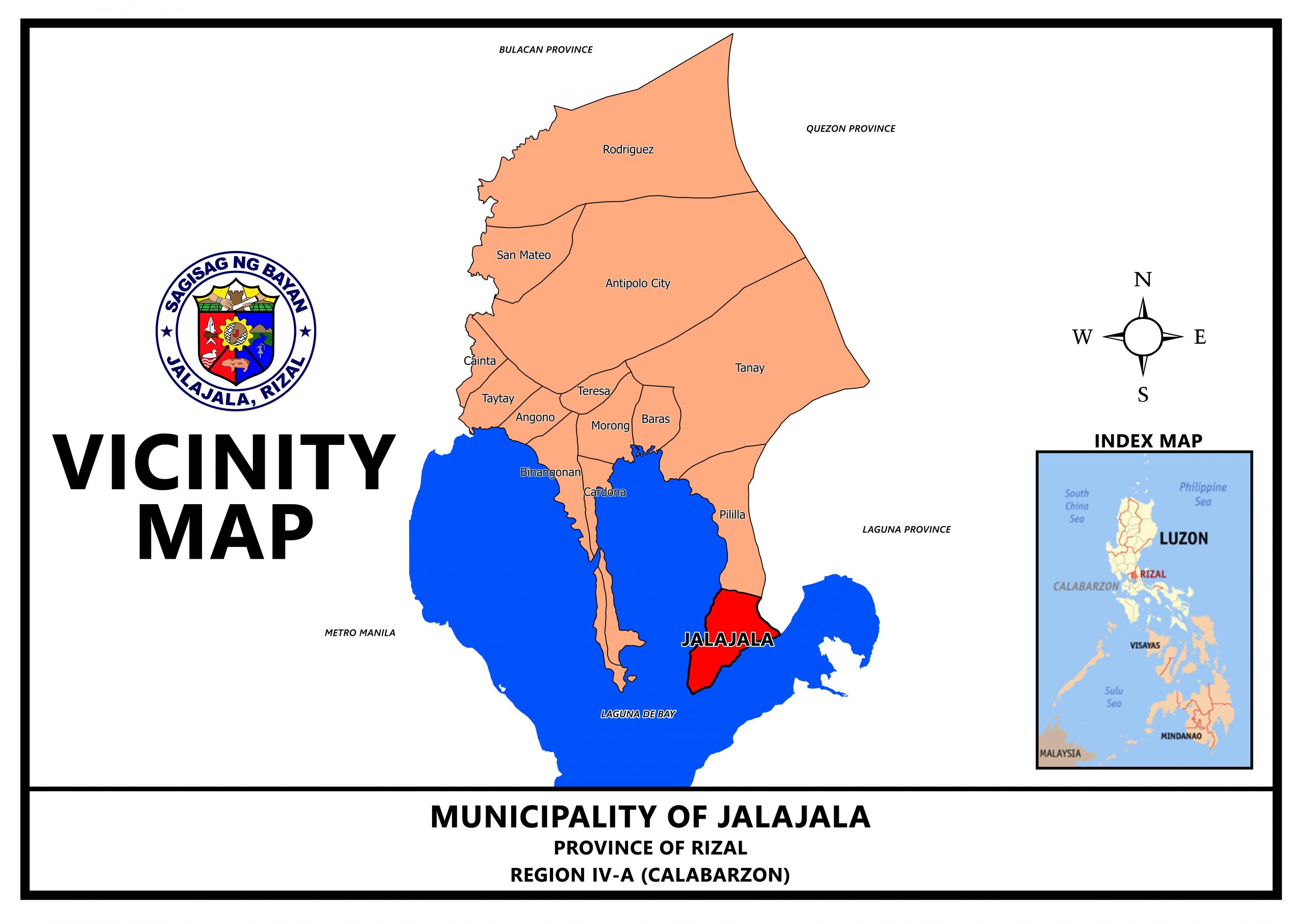 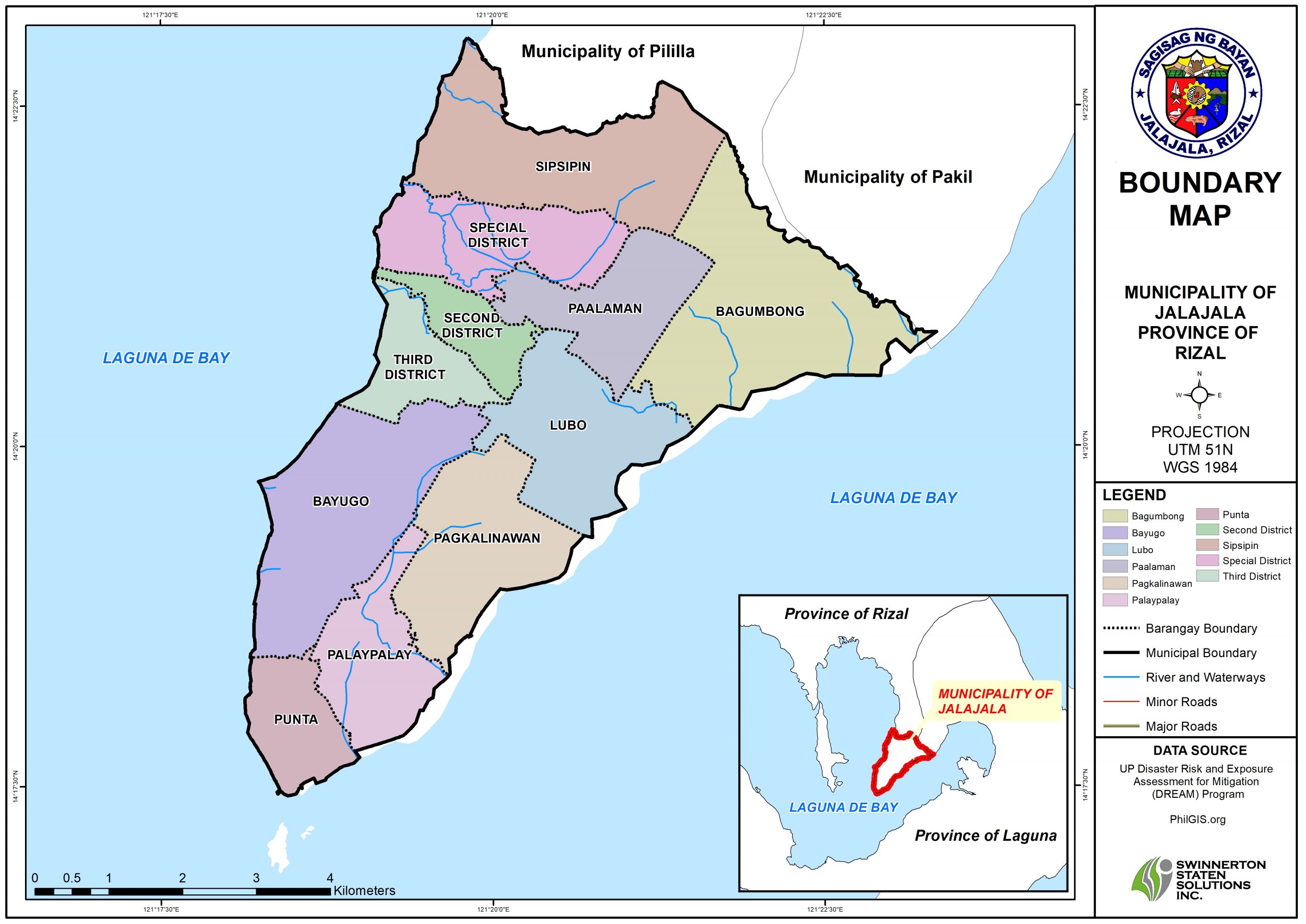 The land area per barangay is shown in table below. Barangay Bagumbong has the largest land area with 1,551.66 has. (including boundary dispute with Pakil), followed by Bayugo with 573.73 hectares, and Sipsipin with 441.71 hectares. On the other hand, Barangay Second district has the smallest area with 129.91 hectares. 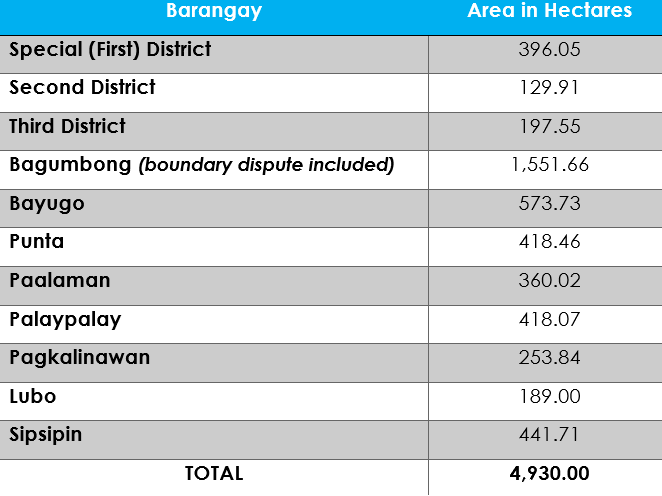